Teachers   have   called on the government   and private business to consider reducing cost of data bundles used for accessing internet connectivity for learning by both teachers and students, because access to education, especially for the rural folk has dropped significantly.

A high number of teachers and learners interviewed by ZIMTA have revealed that they were unable to access online learning because they could not afford to buy data bundles. This is in sharp contrast to some urban dwelling learners and teachers who have a higher advantage of accessing data, and therefore normal lessons could be ongoing and online learning could be thriving.

Schools which closed on the 17th of December 2021 were due to open on the 10th of January 2022, but due to some reviewed lock down measures, they may open during the first week of February according to a government pronouncement.

In an interview, a Gokwe based teacher said most of her students were   missing a lot of school as they are failing to attend online lessons.

“I have a grade seven class and l use What’s App to disseminate school work but, it’s not working well because only a few can afford to buy data for themselves and for the facilitator.

“Network blues is another hick up as it is a major challenge which interrupts the learning activity, in a nutshell l can say covid-19 has affected the   teaching and learning in a negative way and it would be better if the government provided some cheap data for learners.”

Mathias Rempe a Bhangra based teacher said they are only waiting for schools to open because online learning failed to work for them. He said, “I teach at a rural primary School here in Mhangura and there is no online learning taking place right now because most students are not privileged to have the cellphones and there is also network challenge this side which makes it difficult to conduct these lessons. Our Grade Sevens are just waiting for the official opening of schools so that they come to school, our hope is that students be given priority and they start learning soon because they have been affected for over two years now. Also, here in rural areas Online lessons fails because when students are at home, they help their parents in the fields especially this farming season. No online learning takes place.”

The difficulty in conducting online lessons is not only a students’ problem, but even the teachers themselves do not have the laptops or desk top computers to carry out the necessary teaching required for online learning.

“At first we tried learning through Zoom classrooms but had connectivity challenges and resorted to using WhatsApp which is much easier but, still most students are left behind because we do not have ICT gadgets and data which is a major challenge,” said Toriro, a teacher in Muzarabani.

The Ministry of Primary and Secondary Education in 2021 availed several alternative learning programs which include, Radio and television lessons, the Learning Passport, Dzidzo paden on WhatsApp, Open and Distance Learning (ODL) modules (digital and print), Grade 7 study guides and ECD storybooks among others, but it seems that a majority of teachers prefer to use what’s app platforms where they can easily monitor and interact with their own learners.

According to Afrrobarometer (2020), in many places, however, inadequate electricity supply, low Internet connectivity, the high cost of data, and an urban-rural digital divide threaten to leave millions of students behind.

UNESCO Report(2020), About 89% of learners in sub- Saharan Africa do not have access to household computers, and 82% lack Internet access. Even traditional tools such as radio and television can be difficult to access for many. 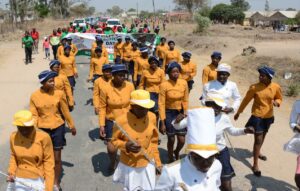 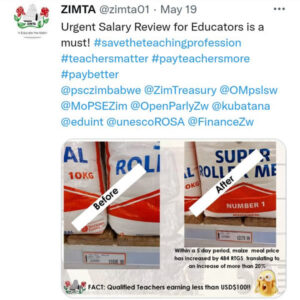 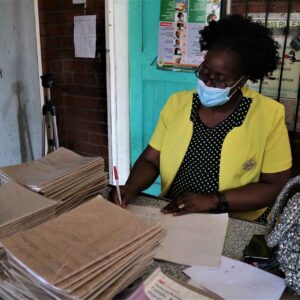